In the In-Between Land. On the Italian Director Matteo Garrone

There are two constants that distinguish Matteo Garrone‘s film work, one relating to structure, the other to subject matter: on the one hand there is the specific presentation of space that makes Garrone‘s work unmistakable. On the other there is the recurrent motif of the outsider seeking to escape a world that has become too constraining. This endeavor never has a heroic effect, but seems rather to stem from an existential desperation.

Garrone‘s career seems to be rooted in his family: mother, stepfather and cousin all worked with photography. And thus Garrone also started out as a camera assistant and still insists today on photographing his films himself. He shot his début in 1996: SILHOUETTE deals with three Nigerian prostitutes waiting for customers at the periphery of Rome. In a semi-documentary way, this short film leads us into a marginal world without ever attempting a sociological analysis or succumbing to a penchant for mythic glorification, as found with Pasolini, with whose early work Garrone connects through a willful representation of marginalized places.

In 1997 Garrone edited this début with two other short films to create his first feature film with the characteristic title TERRA DI MEZZO - In-Between Land/No Man‘s Land. In the second episode, EUGLEN E GERTIAN, which accompanies two Albanians working illegally, we find ourselves again by the side of the road, where Roman citizens collect workers. And also in SELF SERVICE, the third episode, which observes an Egyptian immigrant working nights at a gas station, the real protagonists are not so much the foreigners, for whom Garrone consistently refuses subtitles when they communicate in their mother tongue, but rather the Italian customers, who seem to be turned into foreigners in their own country by means of this artifice.

OSPITI (1998), Garrone‘s second feature film, continues the story of the two young Albanians from TERRA DI MEZZO. In mid-summer Rome they attempt to get by with casual jobs. They find a place to stay with a young photographer, who seems out of place in the prosperous city district of Parioli. Salvatore also lives there, a shepherd from Sardinia, also a foreigner in this city, whose crazy wife disappears in the course of one of her mad wanderings through Rome. OSPITI insistently refers to the (physical and metaphorical) homelessness of the individual in the modern metropolis. The figures move through a world where there are only passages, but no home. Unlike the classical cinema hero, they no longer pursue any goals, but simply roam around, nomads among nomads.

In the subsequent drama ESTATE ROMANA (2000), while preparations are being made in the background to celebrate the founding of the city, Garrone has two lost characters collide. This film marks a transition in Garrone‘s oeuvre, as here the documentary, sketch-like style gradually gives way to a narrative discourse concentrating more on the figures, whereas the locations seem increasingly surreal at the same time.

L‘IMBALSAMATORE (2002) also tells of the encounter of three outsiders: the short Peppino, who works as an embalmer and becomes entangled in the intrigues of the Camorra; the attractive Valerio, who gives up his job as a waiter to work for Peppino; and Deborah, who loses her job and falls in love with Valerio, resulting in a complicated triangle constellation. Although the protagonists of this film are constantly in motion (with boats, go-carts, cars), they seem to be prisoners of the space. The interiors become darker and darker, needs oriented to the outside give way to a centripetal, inner force, which makes the figures appear as though embalmed.

The settings are heartless, indifferent places, regardless of whether it is the empty beaches of the Villaggio Coppola in Salerno or the misty landscapes of the Po Delta by Cremona, where the film ends. With Ernesto Mahieux, who plays the short Peppino, a new figure enters Garrone‘s filmic universe, an inscrutable, ambivalent, obsessive manifestation like from a film by David Lynch, with whose BLUE VELVET L‘IMBALSAMATORE has much in common: the decadent atmosphere of a world in between bourgeois ambiance and a criminal underground milieu, the forward motion of the camera into blackness, the disquieting end. Who is the figure on the river bank that disappears in the misty mid-shot?

The bright summer colors from the early work have now given way to a cold tone of autumn, the soundtrack from the group Banda Osiris, which accompanies all of Garrone‘s films, no longer sounds like street music with Balkan influences, but is dominated more by cool jazz rhythms.

All these tendencies converge in Garrone‘s most recent film PRIMO AMORE (2004), in which a goldsmith from Vicenza puts a bloody end to his morbid obsessions. Vittorio wants to mold the body of a young woman that he considers too fat to his own ideas. In a remote forest cottage, he forces her to lose weight. The leitmotifs from L´IMBALSAMATORE, possessive desire, the complex relationship of perpetrator/victim, undergo a radical intensification in this film, which is reminiscent of William Wyler‘s masterpiece THE COLLECTOR. Garrone has now finally arrived at abstract film. 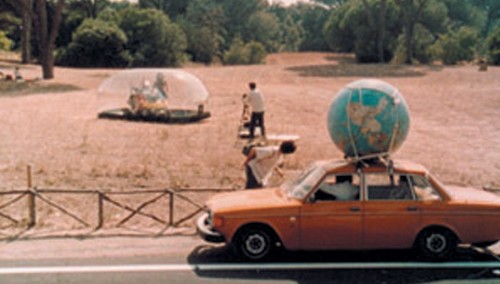 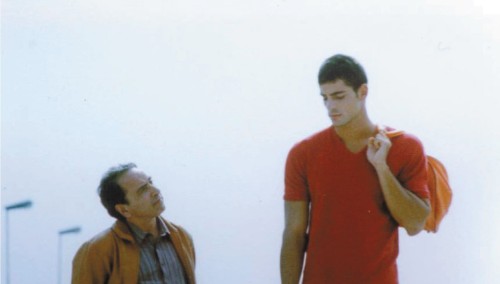 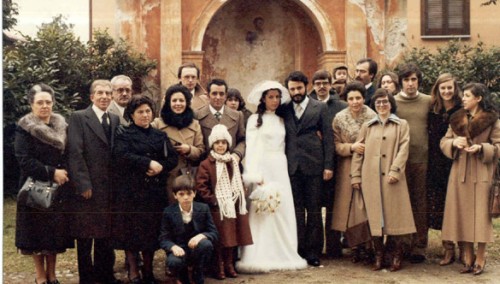 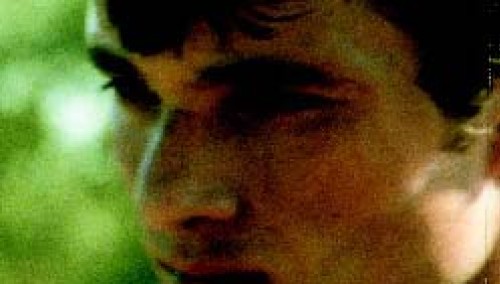 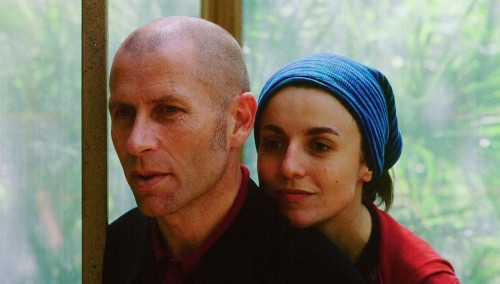 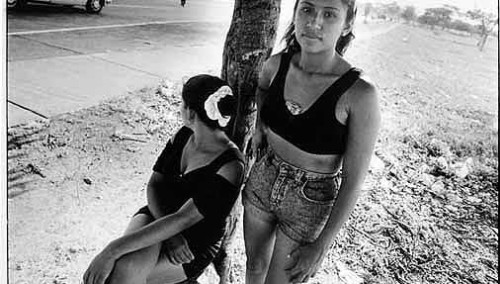