Appointment of the new festival directors

03.08.2021 // CROSSING EUROPE and the Moviemento art house cinema NPO as principle shareholder are happy to announce the appointment of the new CROSSING EUROPE festival directors: Sabine Gebetsroither and Katharina Riedler will take over the position of directors of Austria’s second largest international film festival in October as co-heads. The long-standing director Christine Dollhofer will relocate to Vienna where she will take up the position of managing director of the Vienna Film Fund on 1 November, thereby handing over all CROSSING EUROPE agendas after eighteen years of successful work.

The new leadership duo Gebetsroither/Riedler has many years of experience as members of the core team at the CROSSING EUROPE film festival, as well as with other renowned festivals both inside and outside of Austria. There the two were able to gather experience both in the fields of organization and programming that are sure to benefit the successful continuation of this well established film event, at a time in which the “classic” format of the film festival is confronted with new challenges due the increased digitization and the Covid-19 pandemic.

The preparations have already started for the nineteenth festival edition, which will take place from 27 April to 2 May 2022. Gebetsroither and Riedler will take this on together, although Katharina Riedler will not join until January due to her current maternity leave.

The departing festival director Christine Dollhofer underlines: “I am very happy to know that the future of CROSSING EUROPE is in competent hands. Sabine Gebetsroither and Katharina Riedler have contributed to shaping the festival for many years, Gebetsroither since the very first festival edition and Riedler since 2011. Both them know the processes and tasks necessary in the festival work intimately. It was always very important to me that the members of the team have always had the ability to acquire new competencies within the festival organization and develop themselves further professionally. Also in regards to the programming, the two bring expertise and experience in the process of curating to the table, and I am happy that the unmistakable profile of the festival – of it being socially critical, independent, and focused on fresh voices within European filmmaking – will be continued. I wish the two all the best for the new and exciting challenges ahead, and am looking forward to visiting Crossing Europe 2022 in Linz as an industry guest after eighteen years of being festival director!”

Wolfgang Steininger, the departing head of the Moviemento art house cinema non-profit company explains: “As is the case in our cinemas (note: Moviemento and City Kino Linz), we can very much understand the idea of a generational change internally at CROSSING EUROPE. Sabine Gebetsroither and Katharina Riedler both have intimate knowledge of the festival, and both bring the necessary excellent qualifications to the table. An outside view is often good, but so is an experienced view from the inside!”

Sabine Gebetsroither and Katharina Riedler on their new positions: “CROSSING EUROPE is a lively meeting point for European filmmakers and audiences like no other festival in Austria. The festival is a fixed point on the European festival map, and deeply anchored in Linz. This relevance, paired with the unique enthusiasm of the festival audiences in Linz and the committed CROSSING EUROPE team, represents our drive to support European film in this way. Due to our long-standing festival experience we know of the challenges we will face concerning the organization of the festival in the second year after Corona and are looking forward to facing them in this dual leadership position, as well as continuing to shape CROSSING EUROPE as a cinephile, accessible, European film event that is open to the world.”

Sabine Gebetsroither
Born in 1977 in Wels (Upper Austria), studied German philology as well as journalism/film and communication sciences at the University of Vienna, and the University of Aarhus (DK). She was active in such highly renown film festivals such as the FilmFestival Cottbus – Festival for Eastern European film (DE), and the Reykjavík Int. Film Festival (IS; Austrian national scholarship for cultural managers). She has filled multiple positions at CROSSING EUROPE since 2004, among others, press/communication, guest office, organization, and assistant festival director. Additionally, she is a member of the film commission of the state of Upper Austria.

Kathrina Riedler
Born in 1984 in Linz (Upper Austria), studied audio visual design at the Art University in Linz. She has worked with multiple Austrian film festivals since 2011, in various positions, from production to editor of the catalog. She worked as a programmer at this human world – International Human Rights Film Festival Vienna in 2014 and 2015, and has been part of the programming and organizational team at the festival DER NEUE HEIMATFILM in Freistadt (Upper Austria) since 2017. Since 2011 she has been part of the CROSSING EUROPE team, initially in the production, and since 2018 in program coordination. She has worked as the curator of the program section “Working Worlds” since 2016 and has been the co-curator of the “Local Artist Shorts” since 2020. 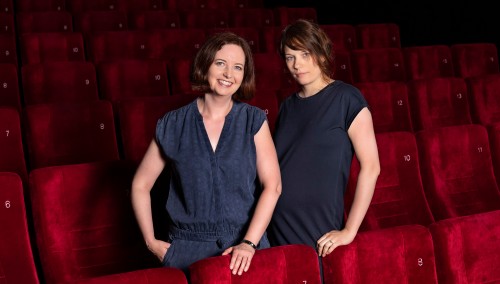 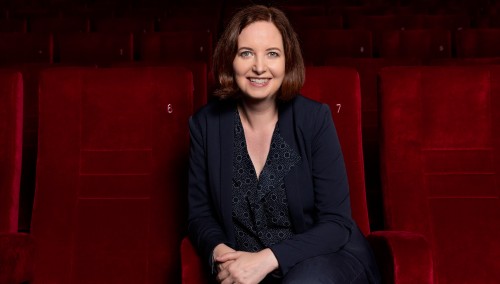 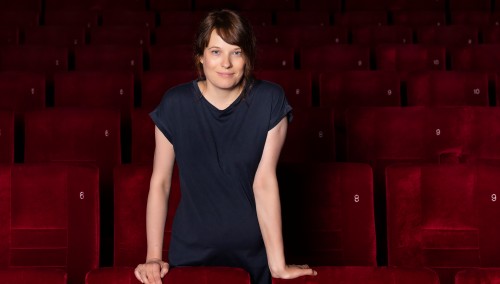