24.02.2021 // The YAAAS! Competition is one of four competition sections and a module within the YAAAS! Youth Program at CROSSING EUROPE. Established in 2019, the goal of the program is a holistic offer for film education and to acquire media competency and DIY video productions skills. YAAAS! is aimed at young people between the ages of fifteen and twenty who are offered the chance to enter into a direct exchange with media professionals, learn new skills, see and discuss films, as well as being able to present their own work at a professional film festival. Besides showings of the YAAAS! competition films during the festival week and a video project spanning multiple days, the YAAAS! program also offers a series of practical workshops that will take place directly in the schools this year due to the pandemic. Details on the workshop program will be available in March.

In the YAAAS! Competition, the winner of the festival prize CROSSING EUROPE Award – Youth Jury will be selected by the YAAAS! Youth Jury. The award, endowed with a prize money of 3000 €, is powered for the first time this year by the VdFS – Verwertungsgesellschaft der Filmschaffenden. The YAAAS! Competition consists of six current European productions, selected by the YAAAS! Young Programmers. The six youths – Adrian Turkic, Fabian Wenzelhumer, Vanessa Petrusic, Lea Haslmaier, Eva Lackner und Marlene Mayrhofer – all attend our partner school, the HBLA für künstlerische Gestaltung Linz, and were given an introduction to the process of curating a film festival in late autumn, and have been viewing a great number of films since October.

Ultimately, they came to a selection of six feature films (all of them celebrating their Austrian premiere), that deal with the lived realities of youths and young adults in Europe in various different ways. Additionally to this, the Young Programmers will handle the introductions as well as the Q&A session at the YAAAS! screenings, produce film talks with the directors, and take care of the participants of the various YAAAS! modules.

The following three YAAAS! Competition films will also be offered as special school screenings, for which the registration is now possible at yaaas@crossingeurope.at. Details, film descriptions and links to the trailers, as well as school materials for preparation and follow-up to the time at the festival can be found HERE. The other three films of the YAAAS! competition and will be announced in one of the coming press releases.

- GAGARINE (FR 2020, directed by Fanny Liatard, Jérémy Trouilh, 97 min, DE subtitles) – feature film
| Austrian distributor: Polyfilm; cinema release: tba |
The story revolves around a run-down apartment block in Paris that is named after the first cosmonaut Juri Gagarin, which was seen as being visionary during its time. Over the course of a number of years, the now dilapidated concrete complex became a safe home for a multi-cultural community. The gentle astronomy enthusiast Yuri takes care of the building together with two friends in order to try and save it from being demolished. The undertaking is made difficult by the unhappy inhabitants and the fact that Yuri is left to his own devices from one day to the next. (Fabian Wenzelhumer – Young Programmer)

- RÄUBERHÄNDE / STAMBUL GARDEN (DE 2020, directed by Ilker Çatak, 90 min, DE OV) – feature film
Having grown up in a quite ordered home, Janik wants to break free from the comfort zone provided by his parents. His fun-loving friend Samuel, who was practically “adopted” by Janik’s parents, grew up without a father, and tries to hide his alcoholic mother from his friends. After having graduated, the two of them want to leave everything behind them, and decide to go to Istanbul, where Samuel intends to find his father and his roots. Yet their friendship is put to the test by an unforgivable act by Janik. (Adrian Turkic – Young Programmer)

- SLALOM (FR, BE 2020, directed by Charlène Favier, 92 min, EN subtitles) feature film
The fifteen year old Lyz is given the chance to start a career as a ski racer when she gets accepted into the professional team. Despite her talent, the beginning proves to be difficult and she has to train even harder than the others. Her trainer Fred sees her potential and is therefore very demanding of Lyz. The minutely organized, hard training regime has the two of them spending more and more time together, which in turn leaves Lyz’ to face her teammates jealousy. They come ever closer, boundaries are stepped over, and the first wins counted. Will Lyz leave Fred behind her on her way to the top? (Lea Haslmaier – Young Programmer)

In this program section of the festival there will also be adaptations due to Corona. CROSSING EUROPE is only offering closed screenings of the films within a class or group. Further information, as well as the registration can be found at yaaas@crossingeurope.at. All details regarding the YAAAS! Youth Program can be found at www.crossingeurope.at/yaaas. 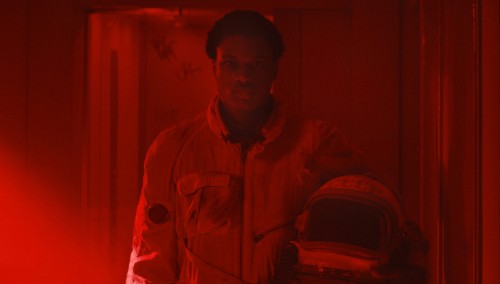 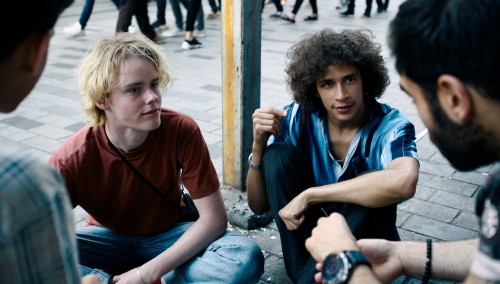 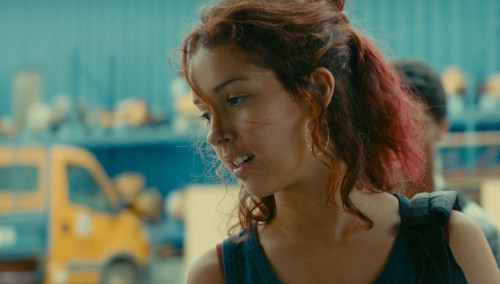