Festival Program 2020: This would have been it!

For months we have been working intensely on this year’s festival program. Countless hours, and vast amounts of enthusiasm were put into curating this year’s edition. That is why we want to publish the entire program of CROSSING EUROPE 2020 for documentation purposes (HERE).

This year’s festival edition would have presented itself as lively, creative, open to the world, multi-lingual, critical, and diverse. Once more, in its seventeenth edition, CROSSING EUROPE dedicated itself to the idea of presenting ambitious European films on an accessible level, and to offer the possibility of entering into a direct exchange with the attending filmmakers from all over Europe – besides 140 other film guests, the attendance of the legendary director and Oscar winner Costa-Gavras, the media art pioneer VALIE EXPORT, and the BAFTA winner Mark Jenkin had been fixed.

Also part of the festival are the program Architecture & Society (Mobility Power Space), and for the sixth time the program Cinema Next Europe (“Fun Time!”). Not to forget the Tribute (VALIE EXPORT, AT) – a program dedicated to an innovative European filmmaker – and the Spotlight that puts the focus on the works of a selected European film personality (Mark Jenkin, GB). In the form of the YAAAS! Youth program, CROSSING EUROPE would have offered a holistic program for film mediation, the acquisition of media competencies, and DIY video production for the second time.

The official program of 2020 would have presented 157 hand-picked feature films, documentaries, and short films, from 47 different countries – including 97 premieres (13 world premieres, 2 international premieres, and 82 Austrian premieres) – to our international festival guests and the local cinema audiences. Of those – according to the principles of a balanced gender programming – more over half the films (87 films, making up 55,41%) were (co-)produced by women.

The festival edition 2020, the seventeenth edition, would have had 178 screenings, and 23 framework programs. All together 50 productions would have been shown in follow-up screenings all over Austria in May and June. And in the competition section 2020, money and material prizes worth around 30,000 € would have been awarded.

Finally there are another three new elements of the program that should be highlighted that would have enriched the 2020 edition of the festival in various ways. On the occasion of the 25th anniversary of Austria’s membership of the European Union, the selection “25 Views of Europe” comprised 25 films that stand for the great variety of the cinematographic output of the European Union (details HERE). Another planned aspect was the intensification of follow-up screenings: under the name “Crossing Europe goes …” 50 films would have been shown in eleven locations in seven different Austrian cities (details HERE). Additionally, CROSSING EUROPE was certified as a GreenEvent OÖ by the Klimabündnis Österreich, something that was only possible with the cooperation with selected sponsoring and event partners and would have meant a sustainable and environmentally friendly cinema experience for our audiences (details HERE). 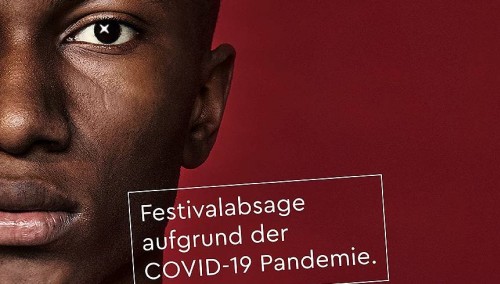