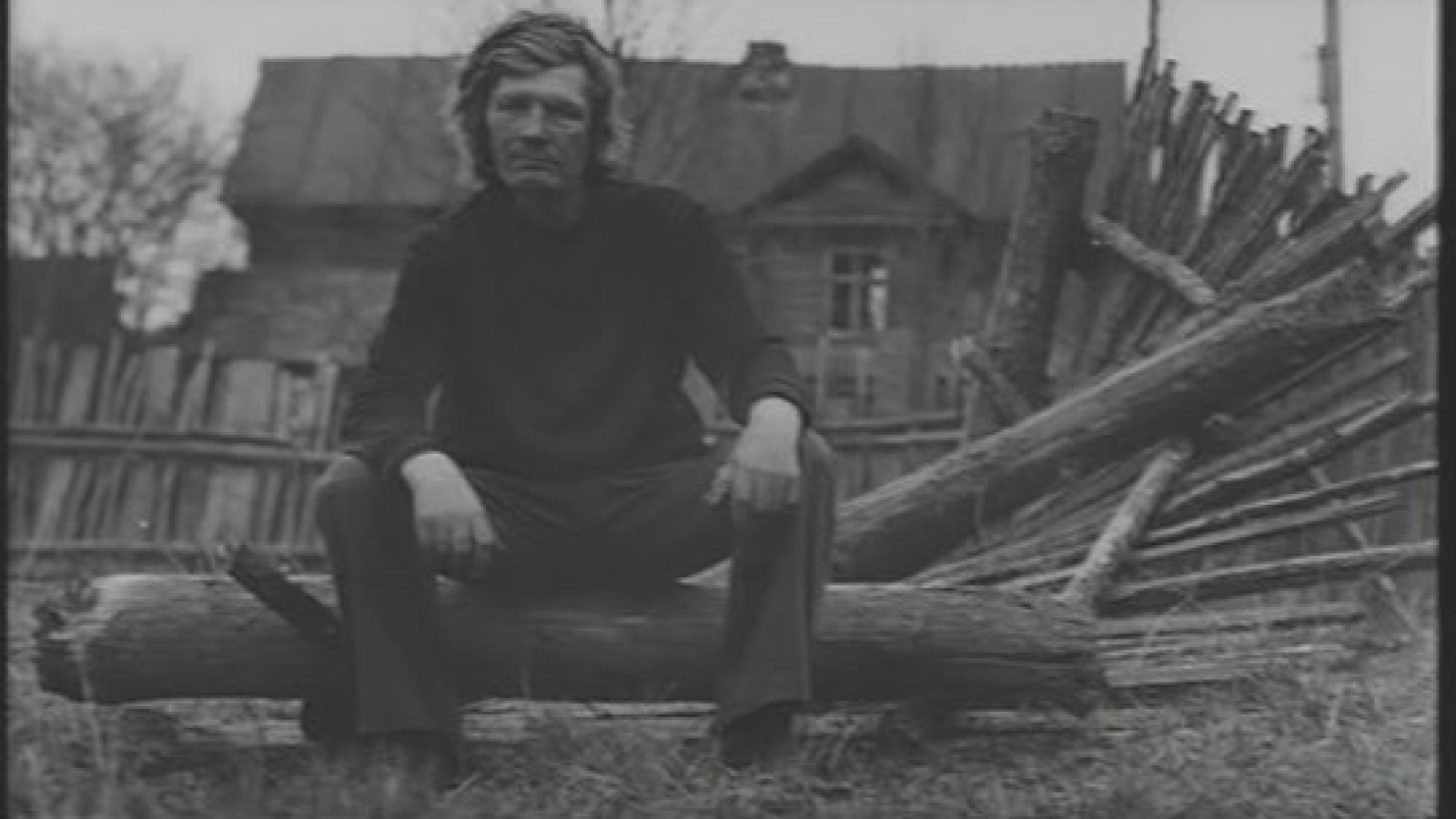 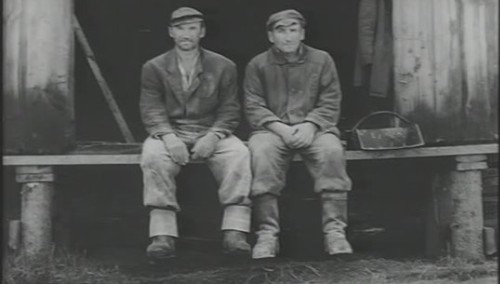 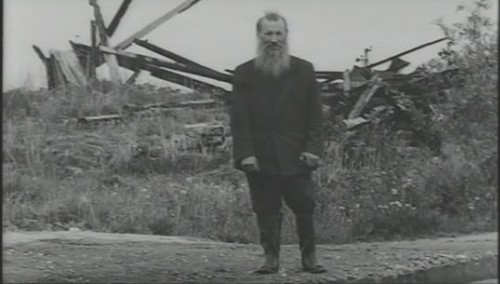 People in a landscape with a dilapidating wooden village in the background. A year from winter to winter, between the sky and water. Men and woman were assigned their places, they stand on them without a single move. They look and wait at the peripheries of their lives, faces, hands, eyes, clothes. Every one of them holds an attribute of their work, even the slightest detail suddenly becomes a sociological fact. The film introduces the situations of long looks of people, who do not move. Anything in the land can move, but they won’t. This movie is a collection of still pictures of residents of the Russian countryside. Not a single word. Only perseverant looks into the camera. Landscape. Flow of time.