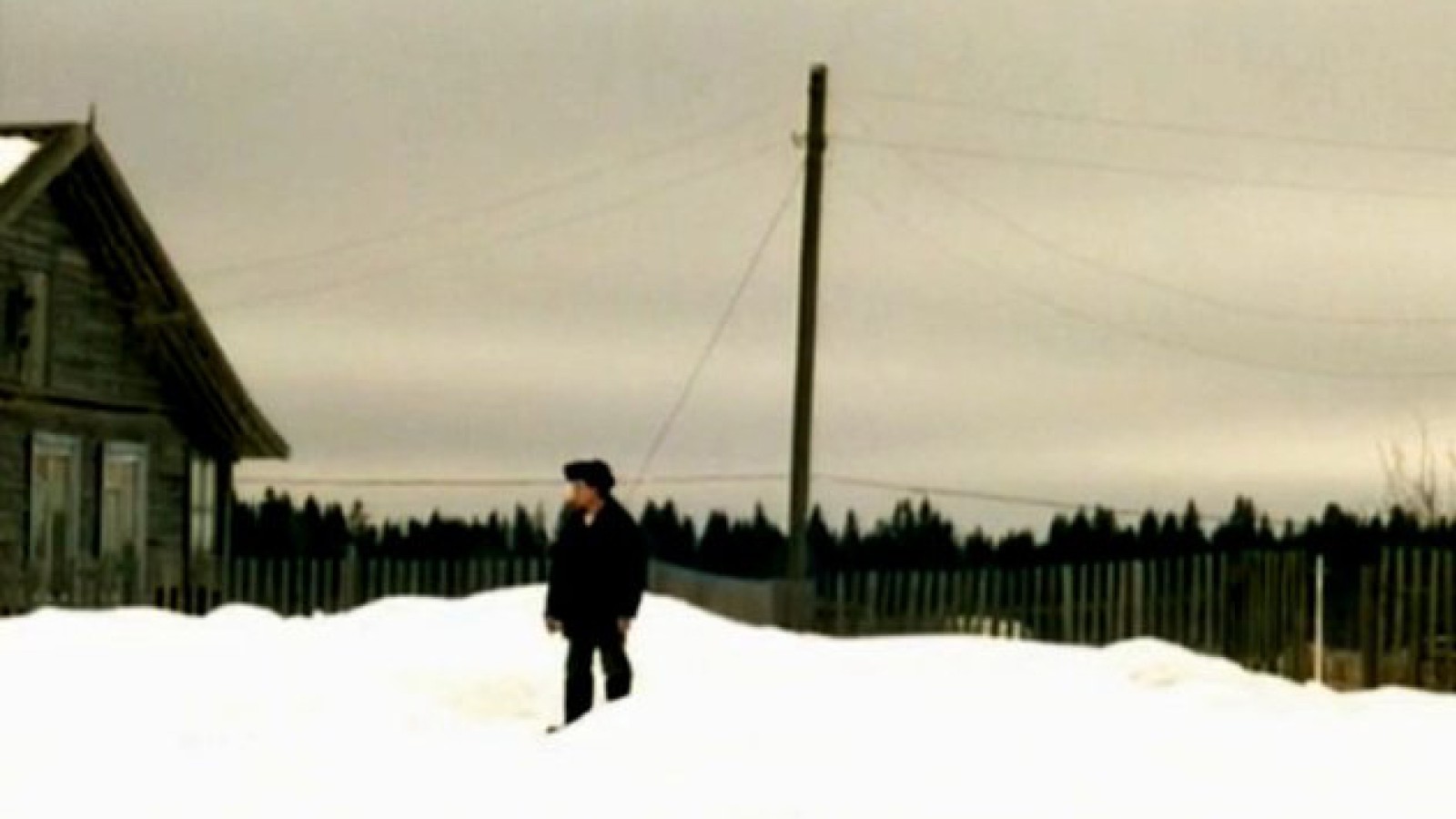 Harsh, self-consuming stylistic exercise introduces nearly a single moving scene, through which the winter landscaped curled in itself seems to watch those who really want to see it. A church with the plaster flaking off, wooden houses at the edge of a field, a road leading out of a provincial Russian town, and finally – human faces covering it all, turning together inside an artful laboratory of a single movement. Layered sounds of the square, dogs and birds, train and people, of all these moving things, create a unique atmosphere of a place covered with snow, where dozens of passengers wait at a bus stop. Sentences are evaporating in the freezing air, people are swaying, characters are talking, touching each other with their voices, their sounds being so close, their sounds being the only thing that can define the variable borders of bodies within the peopled solitude of this long panorama.