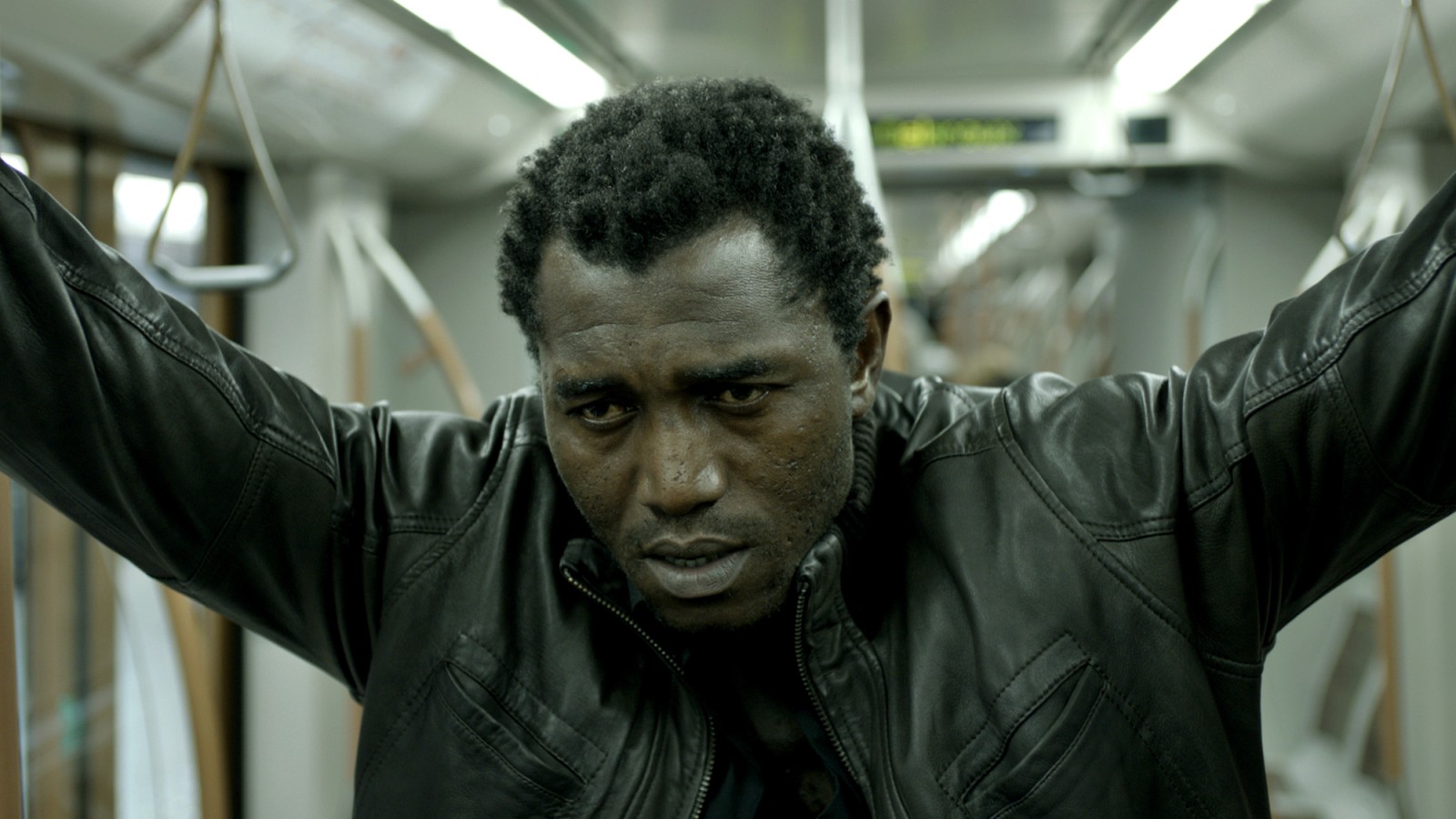 Amadou, a strong and charismatic African man, is washed up on a beach in southern Europe. Fate leads him to Brussels where, full of optimism, he tries to make a better life for himself. Exploited by traffickers, his daily life is slowly drained of hope, until he meets Agnès, a beautiful and brilliant businesswoman. She is seduced by his charm and force of character, while he projects all his hopes and dreams onto her. The illusion quickly shatters, and Agnès breaks all contact with Amadou, who little by little sinks into destructive violence, struggling with his inner demons.