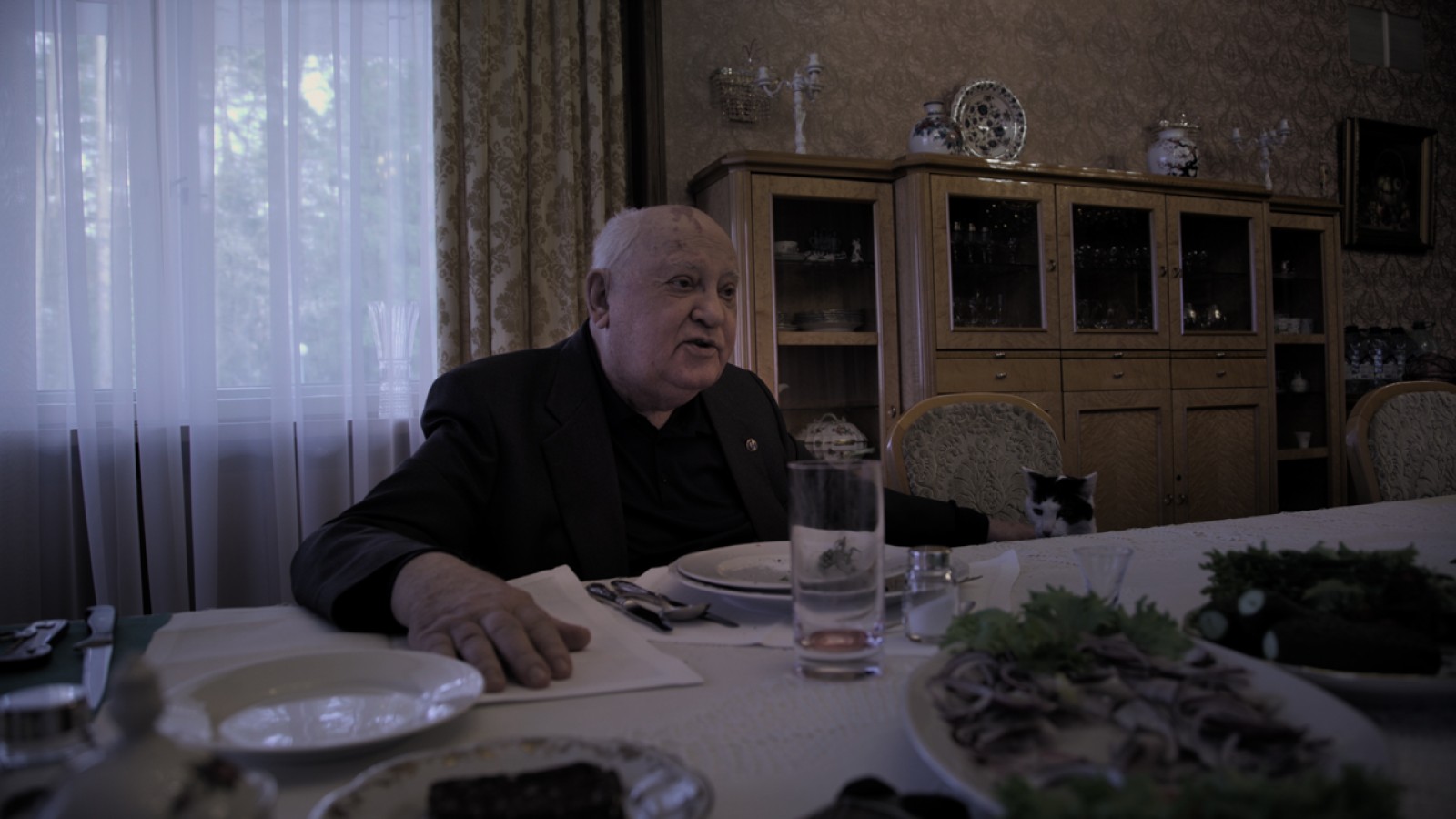 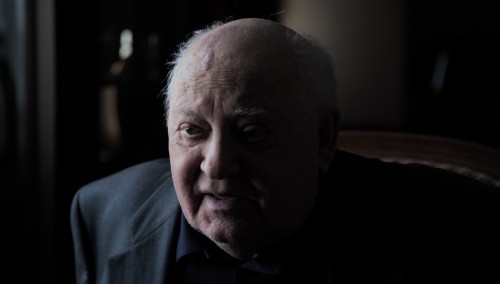 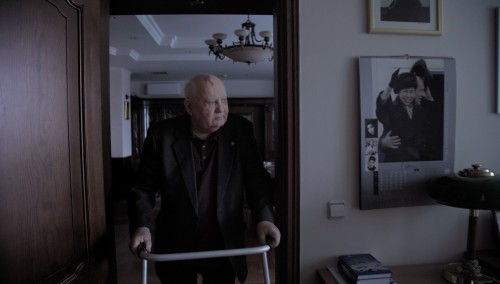 Mikhail Gorbachev, the 89-year-old former leader of the Soviet Union, receives Russian filmmaker Vitaly Mansky at his house just outside Moscow. In a light and pleasant atmosphere, weighty topics come up for discussion, as Gorbachev looks back over his life. The conversation revolves around the reforms he implemented in the 1980s, as well as the fall of the Berlin Wall in 1989, followed by the collapse of the Soviet empire. Also discussed is how the Russian people were not grateful when the new freedoms proved to come at the price of unemployment and hunger. Jokes, spontaneous interruptions, or suddenly remembered folk songs and poems bring lightness to the reflections on political decisions. (International Documentary Film Festival Amsterdam)